President Donald Trump is about to see whether his bet on North Korea will pay off: that Kim Jong Un’s desire to end his country’s economic strangulation and pariah status will prevail over the dictator’s fear of relinquishing his nuclear threat.

Trump and Kim have yet to agree even on how to define denuclearization of the Korean peninsula -- the stated goal of the meeting. The president wants the complete, verifiable and irreversible dismantling of his nuclear weapons program. North Korea is seeking a security guarantee -- possibly including a peace treaty formally ending the Korean War -- and the removal of the U.S.’s nuclear umbrella protecting allies South Korea and Japan. 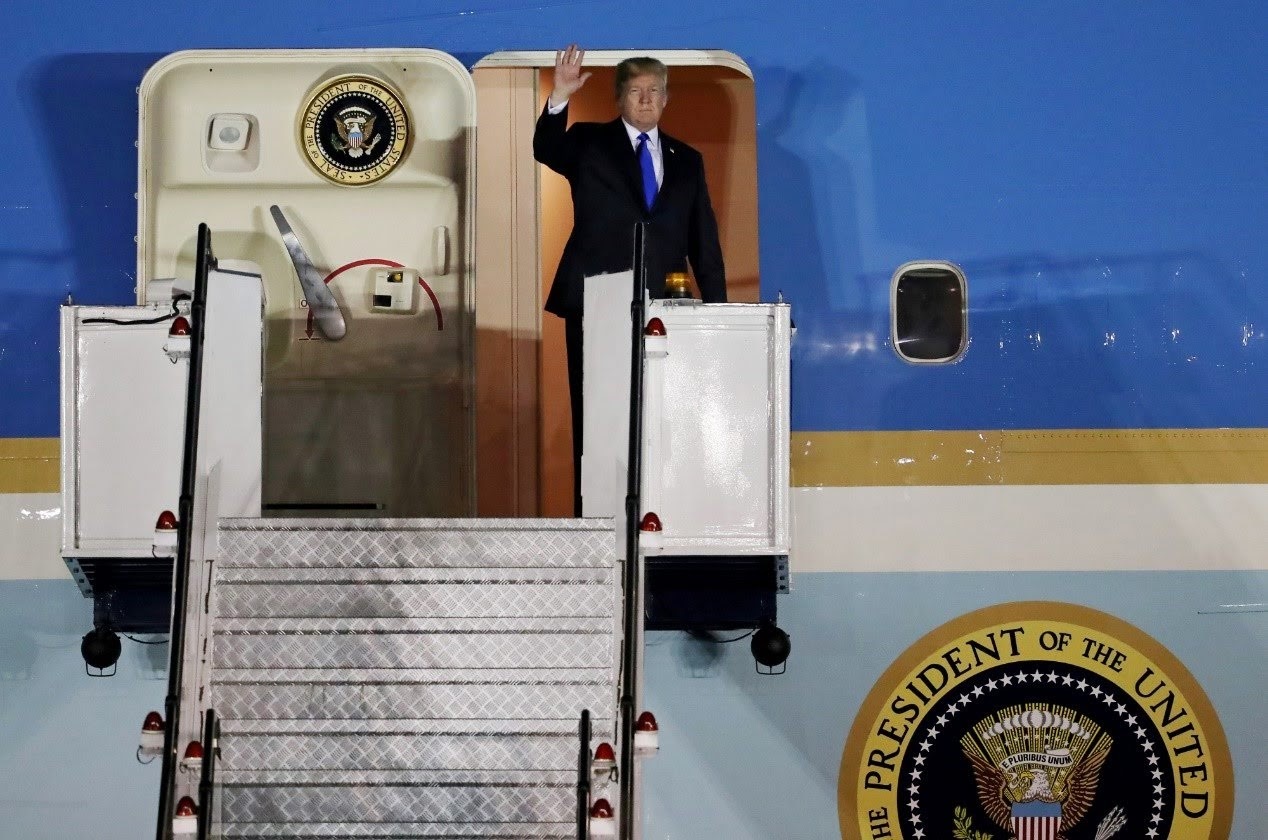 The president said Saturday that he expects to know “within the first minute” if Kim is serious about giving up his weapons. The plan is for Trump and Kim to be alone for that first minute, aside from translators; they’ll later be joined by top aides including Secretary of State Mike Pompeo and National Security Adviser John Bolton on the U.S. side.

Days before the summit, Trump dismissed questions about his readiness, saying, “I don’t think I have to prepare very much. It’s about attitude, it’s about willingness to get things done.”

The White House is counting on the pain of current sanctions and the threat of more -- or U.S. military action -- combined with the possibility of financial support and international acceptance to push Kim toward a deal. The U.S. will want to see Kim outline concrete steps toward ending the nuclear program when the two leaders meet in the Asian city-state on Tuesday.

“I feel that Kim Jong Un wants to do something great for his people,” Trump said at a news conference in Charlevoix, Canada, where he attended a summit of leaders from the Group of Seven nations. “It’s a one-time shot and I think it’s going to work out very well.”

Kim has rejected calls to unilaterally give up his weapons in return for economic aid, and instead has proposed a step-by-step denuclearization process. His public statements and state-run media indicate he wants a deal to ease sanctions, but that he won’t give up his nuclear weapons until he feels safe enough to retain power without them. 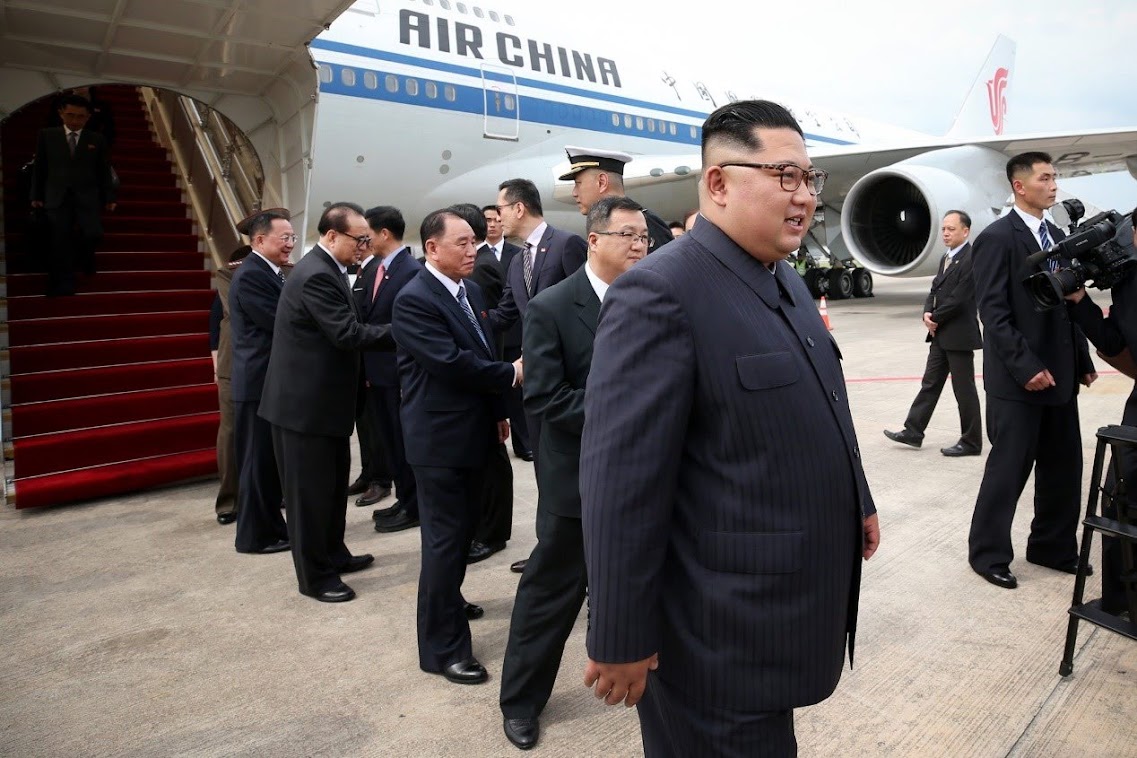 That could present a formidable obstacle in any negotiations. U.S. officials have insisted Kim must put his country on an irreversible path to disarm before any sanctions are lifted.

Kim arrived in Singapore on Sunday and met with the country’s prime minister, Lee Hsien Loong -- only the third world leader he’s met face-to-face since taking power in 2011 after the death of his father, Kim Jong Il. Singapore is also the farthest Kim has traveled from North Korea since assuming leadership of his country.

The North Korean state news agency KCNA reported early Monday that Kim hopes to establish “new DPRK-U.S. relations” during the talks. Agenda items were said to include denuclearization and “building a permanent and durable peace-keeping mechanism” on the Korean Peninsula. The dispatch also named six members of Kim’s delegation, including Kim Yong Chol, the top adviser who visited Trump in the Oval Office on June 1.

The summit, the first ever between a sitting U.S. president and a North Korean leader, is a moment that Trump has had in mind for at least a year. After the 2016 election, then-President Barack Obama told Trump that North Korea was the biggest national security threat he faced, according to a U.S. official.

Since Trump’s inauguration, his roller-coaster relationship with Kim has swung from personal insults -- calling each other “dotard” and “Little Rocket Man” -- and threatening nuclear war, to a diplomatic courtship.

In a May 2017 interview with Bloomberg News, Trump said he’d be “honored” to meet with Kim if it made sense.

“Most political people would never say that,” Trump said at the time -- just months after Kim’s half-brother was assassinated in a nerve-agent attack immediately blamed on the dictator. “But I’m telling you under the right circumstances I would meet with him.”

Trump has added to the drama of the historic summit by suggesting the two leaders may reach a peace deal formally ending the Korean War, 65 years after the armistice that ceased military hostilities.

Ahead of the Trump-Kim meeting, Sung Kim, U.S. ambassador to the Philippines and previously a nuclear negotiator, will on Monday lead a U.S. delegation in a working meeting with North Korean counterparts, Huckabee Sanders said. Senior administration officials are also likely to brief the media. Trump’s schedule for Monday hasn’t been disclosed beyond a meeting with Singapore’s Lee.

Depending on how the talks go, Trump has signaled the summit could collapse within minutes or stretch into future meetings and perhaps even include a follow-up encounter at the president’s Florida club, Mar-a-Lago. The June 12 meeting could pave the way toward a “new era of prosperity, security and peace,” Trump said. On the other hand, “I am totally prepared to walk away.”

Pompeo, Trump’s point man in discussions with Kim and his representatives leading up to the summit, told reporters that Kim “has indicated to me personally that he is prepared to denuclearize, that he understands the current model doesn’t work.”

Still, many foreign policy experts doubt Kim will give up his nuclear weapons and say the days ahead carry significant risks for the U.S. and its allies.

“For Kim, the nuclear weapons are part of his national identity and a part of the cultural, ideological, political infrastructure that keeps him afloat,” said Jung Pak, senior fellow at the Brookings Institution’s Center for East Asia Studies. “To assume that one can go in and talk about making him rich is almost antithetical, almost offensive in a way, for somebody who has achieved and completed his grandfather’s goal.”

Wendy Sherman, the Obama administration’s undersecretary of state who led the negotiating team for the Iran deal Trump since rejected, said the “litmus test” for any deal Trump can strike with Kim is whether it includes a full accounting of the North Korea nuclear arsenal and ballistic missile program.

“If there isn’t a very robust verification monitoring regime, then none of this will be worthwhile,” said Sherman, who was North Korea policy coordinator during the Clinton administration. “We do want to emphasize the dangers of declaring mission accomplished too soon. We’ve seen that movie before.”

Senator Dianne Feinstein, a California Democrat, said Sunday that despite the thaw in relations between Trump and Kim, North Korea is a “clear and present danger” to the U.S. based on the range of its intercontinental ballistic missile program.

There was outreach to North Korea in previous administrations that didn’t go anywhere because Kim hadn’t demonstrated his nuclear and missile capabilities, which he now has, said Susan Rice, national security adviser under Obama.

“The question is, are we walking in prepared?” Rice said on CBS’s “Face the Nation” on Sunday. “Are we walking in with our allies behind us? Are we in a position to understand that one meeting, it’s not going to be one and done? This is the start of a serious negotiating process.”

North Koreans have historically been “one of the great masters of playing poker with a very weak hand,” said Eric Altbach, vice president of the Albright Stonebridge Group in Washington, a former deputy assistant U.S. Trade Representative for China affairs who also was involved in deliberations on North Korea sanctions as a George W. Bush administration National Security Council aide.

Because Trump has little experience on the subject, Altbach said, “he might agree to principles or concepts that undermine the U.S. position or that are against the interests of our allies, Japan and South Korea.”

Kim showed the world, repeatedly throughout 2017, that his intercontinental ballistic missile capabilities were more advanced than previously believed. North Korea threatened a nuclear strike if the U.S. tried to remove Kim. 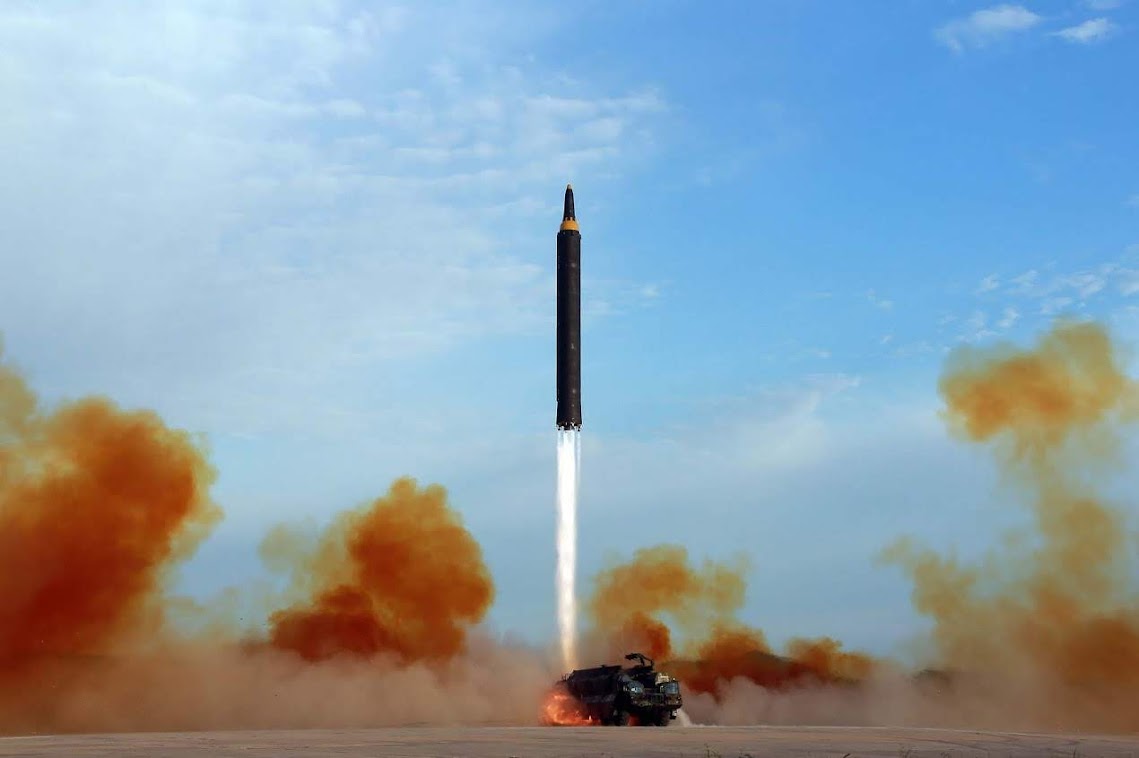 The leaders kicked off 2018 by comparing the sizes of their respective nuclear buttons. But in March, South Korea sent two officials to North Korea for the first time in years, and when South Korea’s national security adviser visited the White House he came with a surprise message: North Korea wanted to talk to the U.S. and was pledging to hold off nuclear and missile tests.

When North Korea in May freed three Americans detained by the regime, it seemed a summit was on the horizon. But tensions increased after Bolton, Trump’s national security adviser, invoked Libya’s denuclearization as a model for handling North Korea, inevitably focusing attention on Libyan leader Moammar Qaddafi’s later overthrow and death in a U.S.-supported rebellion. The North Korean backlash was so strong that Trump canceled the summit, only to relent after Kim Yong Chol visited the White House carrying a letter in a giant envelope to re-establish good will.

“I really believe that we have the potential to do something incredible for the world,” Trump told reporters in the White House Rose Garden as he made his final preparations. “And it’s my honor to be involved.”