BENGALURU (Reuters) - The European Central Bank will end its asset purchases by year-end as scheduled, according to a Reuters poll of economists who said the risk bond-buying will continue into next year was low, even with growth likely to slow and inflation stay tame. 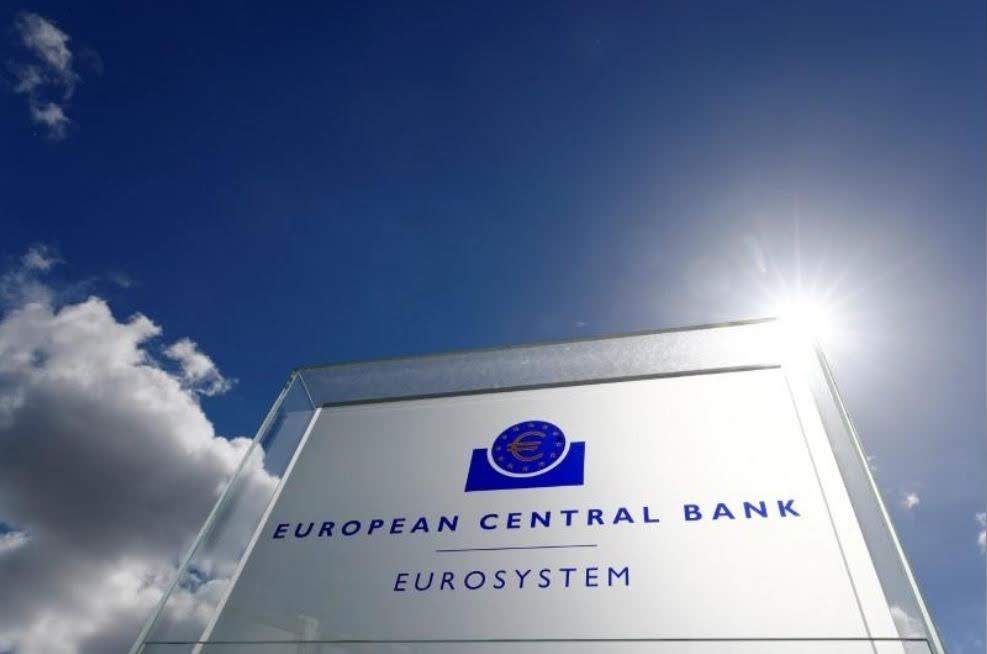 After outpacing major peers over the past two years, the euro zone economy has lost some momentum from last year’s decade high and the latest poll of over 90 economists taken June 19-22 showed a slight cut to growth forecasts for this year.

The currency bloc’s economy is now forecast to expand at 2.2 percent this year, a slight downgrade from 2.3 percent in the same poll last month. Forecasts remained unchanged at 1.9 percent for 2019.

The biggest risk to the economy was a rise in protectionism, as trade spats between the United States and major trading partners continue, political turmoil in Italy and Britain’s fraught divorce proceedings with the European Union.

The trade risks mean the International Monetary Fund is likely to downgrade its euro zone growth forecasts when it releases its latest economic projections next month, according to the fund’s managing director.

Nevertheless, all 58 economists who answered an additional question said the risk the ECB will have to extend its quantitative easing program (QE) into next year was “low”, including over 60 percent who said “very low”.

“The ECB made clear that under reasonable assumptions, the QE will stop after December 2018,” said Louis Harreau, euro zone economist at CA CIB.

After spending over 2.5 trillion euros on asset purchases, mainly government bonds, the ECB signaled in June it will end the program this year but keep interest rates unchanged until late 2019.

“The (QE) program was launched at a time when the euro zone as a whole was at risk of deflation: a risk that is no longer anywhere on the ECB’s radar,” wrote economists at Intesa Sanpaolo in a note to clients.

“During the press conference, the timing of the decision was questioned, as the introductory statement indicated that the Council considers risks to the macro scenario still roughly balanced, while uncertainty, tied to the geopolitical picture and to trade policies, has increased.”

While data showed headline inflation in the currency bloc rose close to the ECB’s target, attributed largely to an escalation in oil prices, economists do not expect that to be sustainable.

Euro zone inflation was forecast to average 1.6 percent this year and next, and rise a little to 1.7 percent in 2020, suggesting the ECB’s target for inflation of just under 2 percent target is still out of its reach.

More than two-thirds of the economists polled expect the ECB to raise the deposit rate in the third quarter of 2019 and the refinancing rate by the final quarter next year.

“We continue to believe that the ECB will seek to abandon its negative interest rate policy by the end of 2019 or early 2020,” added economists at Intesa Sanpaolo.

“The risk of a slowdown of the global economy in 2020 is by no means negligible, and the ECB will want to cut out a margin of flexibility in the event of negative fallout for the euro zone economy.”

When asked if there was reason to be concerned that the ECB is so far behind the U.S. Federal Reserve on policy tightening, over 80 percent of nearly 50 economists said there was not.

That divergence in monetary policy has pushed the yield spread between the U.S. 10-year Treasury and the 10-year German Bund, the euro zone benchmark, to near its widest since the creation of the European Union in 1993.

But what could complicate the ECB’s exit from years of easy money and the euro zone’s recovery is the looming trade war.

Trade barriers now being put up could soon push central banks to cut their growth projections.

In a sign that escalating trade tensions were taking a toll, manufacturing growth in the euro zone was knocked to its weakest in 18 months even as activity in services firms recovered in June, a private survey showed.