Gold’s losses in June, driven by an ascendant dollar, have put it on course for the biggest monthly drop since November 2016, when markets were roiled by Donald Trump’s victory in the U.S. presidential election.

Bullion for immediate delivery traded at $1,250.30 an ounce at 8:14 a.m. in London, close to the lowest level since mid-December. The precious metal dropped 3.7 percent this month, while a gauge of the greenback is up for a third straight month amid escalating global trade tensions. 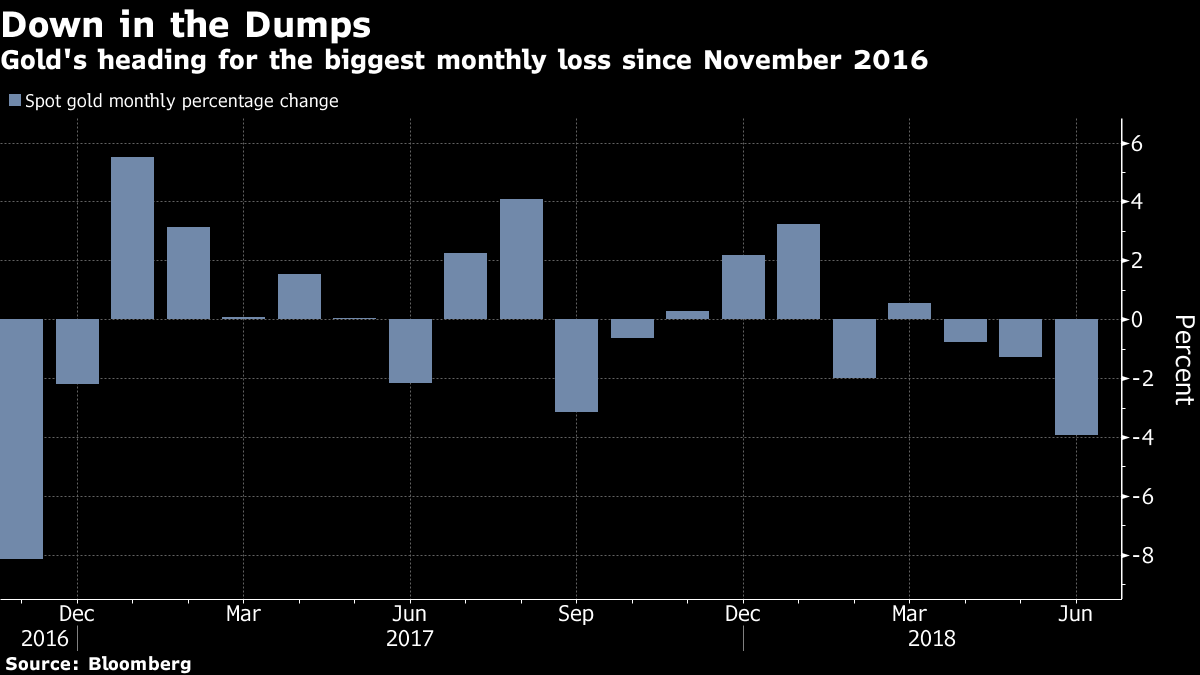 It’s been a choppy first half. After trading above $1,300 since the start of the year, prices ticked lower in mid-May and went into free fall two weeks ago, erasing the year’s gains. Investors shunned bullion and favored the dollar and Treasuries instead as they weighed the uncertainties surrounding the impact of a U.S.-China trade war on global growth.

“The U.S. dollar has been the biggest beneficiary as investors’ first choice safe haven,” said Gavin Wendt, senior analyst at MineLife Pty. “This has indirectly led to gold-price weakness, as the dollar and gold typically move inversely to each other. With the emergence of inflation, gold is likely to find a bottom, as the dollar’s gains weaken.”

In other precious metals: