Stocks in Europe edged higher on the heels of a mixed session in Asia as corporate earnings again took a front seat. The dollar and Treasuries were steady before the release of U.S. gross domestic product data. 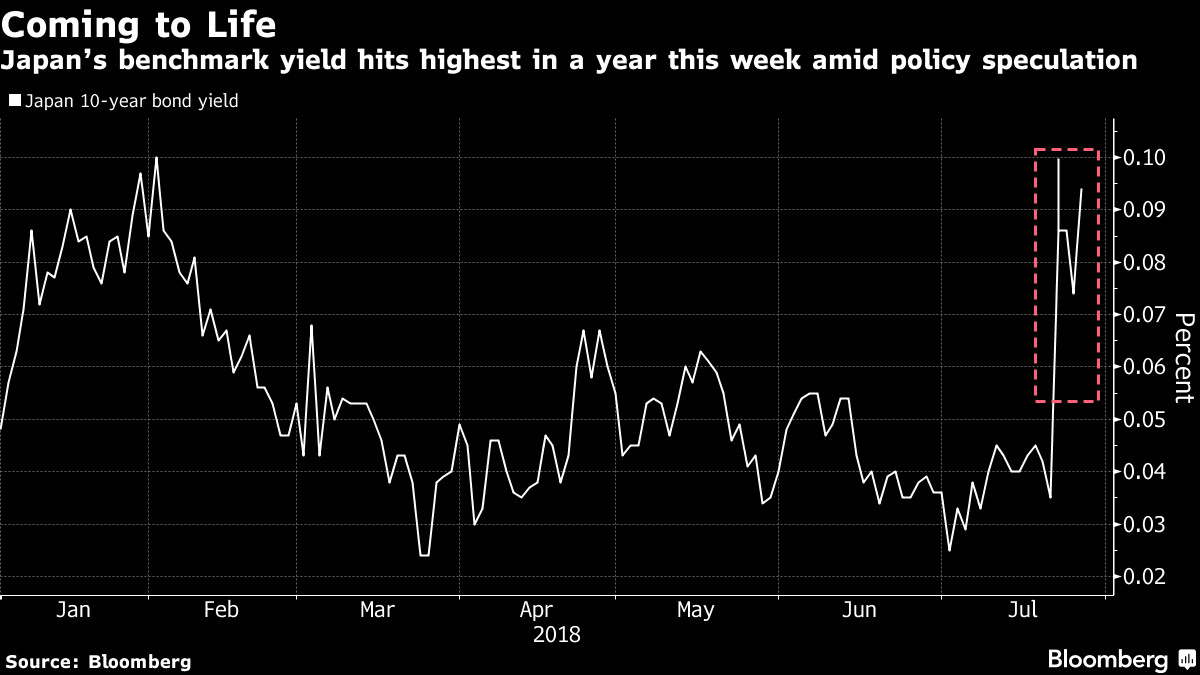 All eyes are on earnings as Amazon.com Inc.’s strong results Thursday countered Facebook Inc.’s disappointing quarter, which led to a historic plunge. Central bank policy is also back in traders’ focus. Data Friday may show the U.S. economy expanded at the fastest rate since 2014 in the second-quarter, providing support for the Federal Reserve’s policy-tightening path. In Japan, reports suggest Bank of Japan officials are debating ways to reduce the side effects of their yield-curve control policy, while the ECB said Thursday it will stick to its plan to end bond purchases and pledged to keep interest rates unchanged “at least through the summer of 2019.”

Here are some key events still to come during the remainder of this week:

These are the main moves in markets: