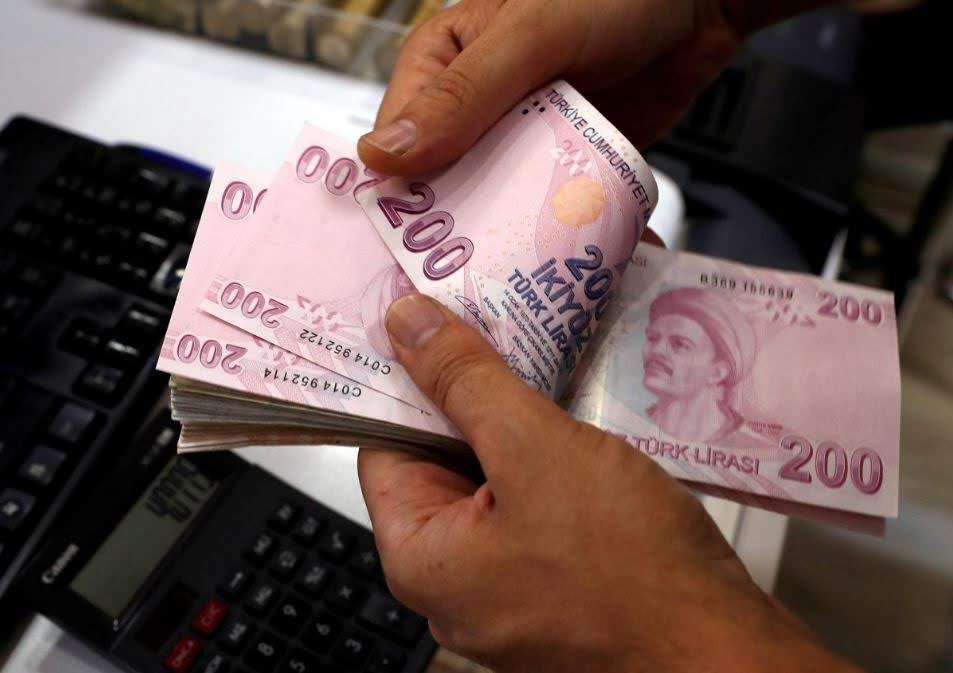 The euro fell to its lowest level since July 2017 and the dollar rallied as Washington piled pressure on Ankara and Moscow. The lira went into free-fall, sinking more than 10 percent to all-time lows.

U.S. S&P mini-futures were down 0.4 percent, after modest losses on Wall Street overnight.[.N]

MSCI’s broadest index of Asia-Pacific shares outside Japan was down 1.1 percent, trimming its gains for the week to 0.6 percent.

The Nikkei stock index fell 1.3 percent as the yen firmed and investors fretted over trade pressure from Washington, overshadowing data which showed Japan’s economy expanded faster-than-expected in the second quarter.[.T]

Worries over the escalating Sino-U.S. trade conflict continued to drag on shares in China, with the Shanghai Composite index down 0.4 percent.

“The market in China is ‘risk on’ thanks to government support policies and rising infrastructure investment. I am optimistic about the A-share market for the rest of 2018,” he said.

The Shanghai composite has gained 1.5 percent this week, while the CSI300 is up 2.1 percent. Both indexes posted heavy losses last week.

Turmoil in the lira and ruble and intensifying global trade tensions pushed the dollar to 13-month highs.

The dollar index, which measures the greenback’s strength against a group of six major currencies, breached the 96 level, taking it to its highest level since July 14, 2017.

Turkey’s lira plumbed new depths against the dollar, with a meeting between a Turkish delegation and U.S. officials in Washington yielding no apparent solution to a diplomatic rift over the detention in Turkey of a U.S. pastor.

Deepening investor concerns about Turkey’s authoritarian trajectory under President Tayyip Erdogan and the economic fallout have also weighed on the currency.

The ruble weakened to 66.86 to the dollar. Overnight it had retreated to its lowest since November 2016 on threats of new U.S. sanctions, weakening beyond the psychologically important 65-per-dollar threshold.

“Other EM currencies have held their ground against the dollar, having generally been weakening previously,” said analysts at Capital Economics.

“In most cases though, we suspect that this resilience will prove temporary,” they said, highlighting expectations of rising U.S. interest rates and worries over growing U.S. protectionism.

U.S. Treasury yields fell as investors sought safety in bonds, with the yield on benchmark 10-year Treasury notes at 2.9076 percent compared with 2.935 percent at its U.S. close.

Investors were awaiting the release of the U.S. consumer price inflation (CPI) report for July (1230 GMT) for possible clues on interest rates and any signs of an impact from new tariffs. The data is expected to show inflation likely increased 0.2 percent, after rising 0.1 percent in June.

Despite the broader flight to safe havens, gold was lower. Spot gold fell 0.4 percent to trade at $1,207.87 per ounce