What the German Election Result Means for the Euro

The euro could come under pressure after Germany’s Social Democrats ruled themselves out of a coalition with Angela Merkel’s Christian Democrats, making a workable government a more challenging task after Sunday’s election, according to SEB AB.

The euro traded little changed last week to hold at $1.1951, after gains of 13 percent this year, as investors took money off the table on concerns over the potential for a surprise result. Merkel will have to try and form a coalition with the pro-business Free Democratic Party and the Greens, which could prove to be a setback for greater European integration. 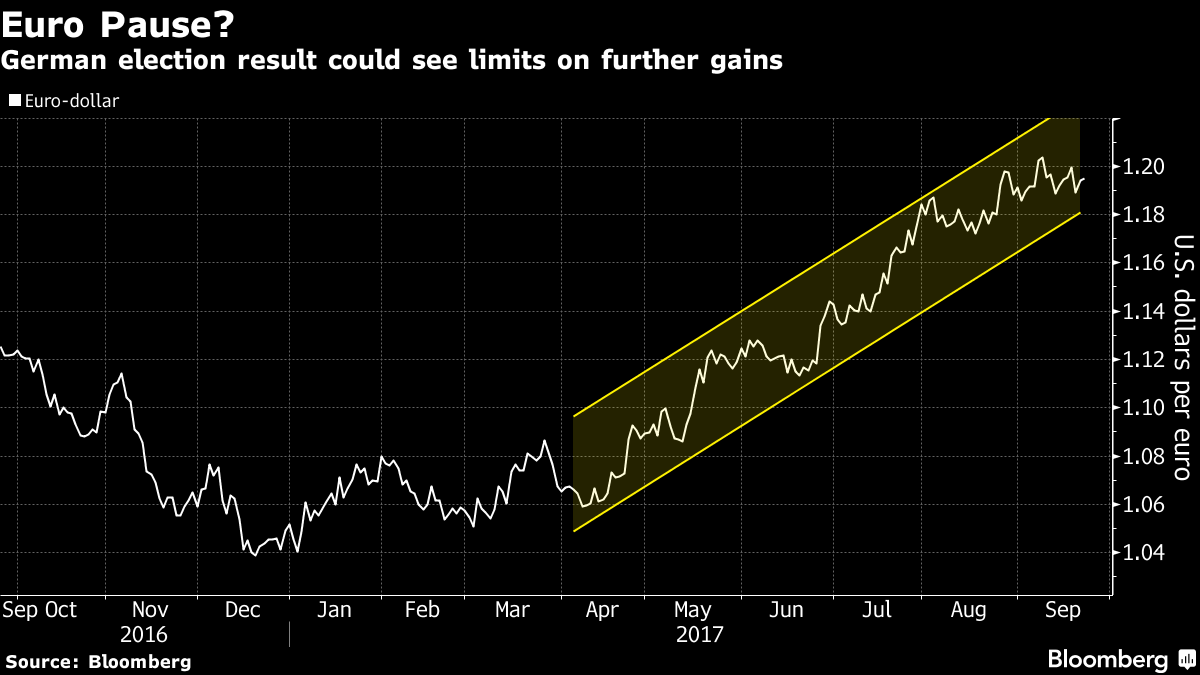 “The euro would pause around $1.20 and then maybe retrace a couple of percent over the autumn,” said Thomas Thygesen, head of cross-asset strategy at SEB. “The mandate going into negotiations about deeper euro integration does not look quite as strong.”

The outcome of the election could trigger a flight to safety, which would ironically mean a bid for German government bonds. The yield on benchmark 10-year bunds rose almost two basis points last week to 0.45 percent. The yield has more than doubled this year on speculation that the European Central Bank will announce a tapering of its bond-buying.