TOKYO (Reuters) - The euro stretched gains on Thursday ahead of a European Central Bank meeting that could result in a less accommodative monetary policy, while Asian stocks were subdued after Wall Street pulled back from record highs. 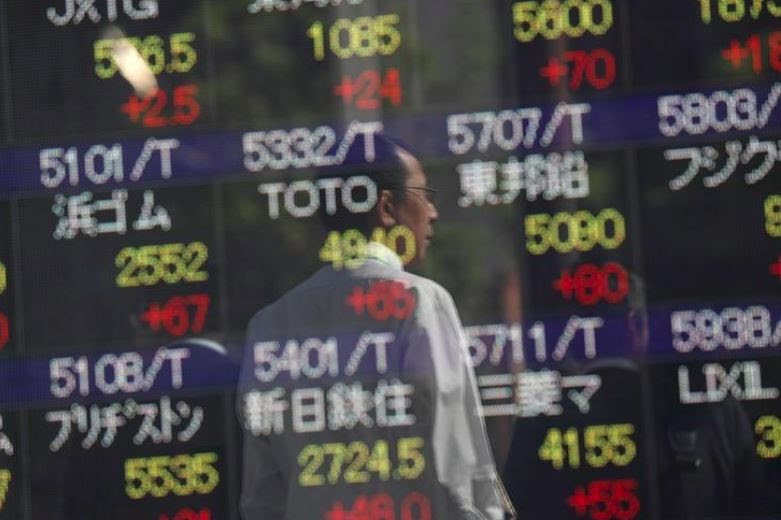 The euro added to overnight gains to reach a six-day high of $1.1833 EUR=, accompanying a rise by the German 10-year bund yield DE10YT=TWEB to a three-week top of 0.50 percent.

The rise by the euro and German yields was prompted by expectations the ECB would cut back its bond-buying stimulus and take the biggest step yet toward unwinding years of loose monetary policy.

However, the central bank is still concerned about low inflation and is expected to accompany the tapering with an extension of the stimulus in a “less-but-for-longer” move.

The ECB’s policy decision is due at 1145 GMT and ECB President Mario Draghi’s post-meeting press conference is scheduled for 1230 GMT.

“The focal point is how long the ECB decides to spend on tapering its bond buying,” said Junichi Ishikawa, senior forex strategist at IG Securities in Tokyo.

“If the ECB opts to spend more than six months to taper, it will lead to thoughts that it won’t be able to move onto hiking interest rates until 2019,” he said.

“The ECB could be seen as dovish in such a case and in turn weigh on the euro,” he said.

The greenback rose to a three-month high of 114.245 yen overnight as the benchmark 10-year Treasury yield spiked to a seven-month peak of 2.475 percent US10YT=RR.

But the dollar pared the gains as the Treasury yield retraced its rise amid the drop in Wall Street shares. The 10-year Treasury yield last stood at 2.426 percent.

The dollar index against a basket of six currencies was down 0.15 percent at 93.567 .DXY and at its lowest in six days.

The South Korean won KRW= rose to an eight-week high against the dollar after data showed the domestic economy last quarter grew at its fastest pace in seven years, raising expectations for the Bank of Korea to hike rates in November.

The Canadian dollar was a big mover, having slid 1 percent overnight to a three-month low of C$1.2816 per dollar CAD=D4 after the Bank of Canada left interest rates steady as expected, but sounded dovish in its policy statement.

The loonie limped back slightly to C$1.2790 per dollar.

The New Zealand dollar traded at $0.6890, having hit a five-month low of $0.6861 NZD=D4 on Wednesday amid investor concerns over the new government's protectionist leanings.

U.S. stocks fell on Wednesday on a batch of soft quarterly earnings after rising to a record peaks the previous session.

Decliners included chipmaker AMD (AMD.O), which tumbled 13.5 percent after it flagged competitive pressures with a forecast that pointed to a drop in fourth quarter revenue.