TOKYO (Reuters) - Asian shares rose firmly on Friday as strong U.S. earnings and a step forward in Congress on U.S. tax reform brightened the mood, even though investors noted that many hurdles remain to passage of a deal on tax cuts. 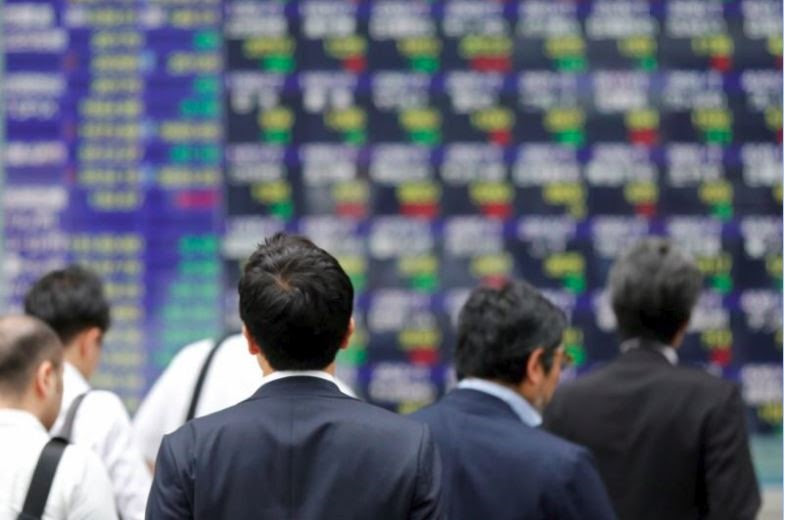 Junk bond prices rebounded sharply, with iShares High Yield Bond ETF (HYG) gaining almost one percent to recoup more than half of its losses since the start of the month.

“The markets had been wary of fall in credit products during the last few days but it seems we just had a healthy correction. As the European Central Bank and the Bank of Japan are still pumping liquidity, the world’s asset markets will be supported,” said Masahiro Ichikawa, senior strategist at Sumitomo Mitsui Asset Management.

The U.S. House of Representatives approved a broad package of tax cuts sought by Trump, passing its first, if smallest, hurdle and providing a catalyst for fresh buying in risk assets.

The tax debate now moves to the U.S. Senate, where that chamber’s separate plan has already encountered resistance from some Republicans. No decisive Senate action is expected until after next week’s Thanksgiving holiday on Nov. 23.

The positive mood on Wall Street helped to lift the yield on two-year U.S. notes US2YT=RR to a nine-year high, with a Fed rate hike in December seen almost as a done deal.

Fed funds rates futures are now pricing in about a 90 percent chance of another rate hike by June next year, the highest level in recent months and up from about 50 percent just over a month ago.

The U.S. dollar, however, lost momentum and fell broadly following the media report Mueller issued a subpoena to more than a dozen officials in the Trump administration.

The Korean won KRW= rose to its highest level in over a year, gaining 2.4 percent this week while the Thai baht THB= hit a two-year high and the Malaysia ringgit MYR= a one-year high, rising 0.8 percent and 0.7 percent respectively for the week.

Oil prices have slipped from two-year highs hit last week on signs that U.S. supply is rising and could potentially undermine OPEC’s efforts to tighten the market.

U.S. light crude CLc1 stood at $55.34 a barrel, up 0.4 percent on the day but still within its trading range in the past couple of days and down 2.5 percent on the week.