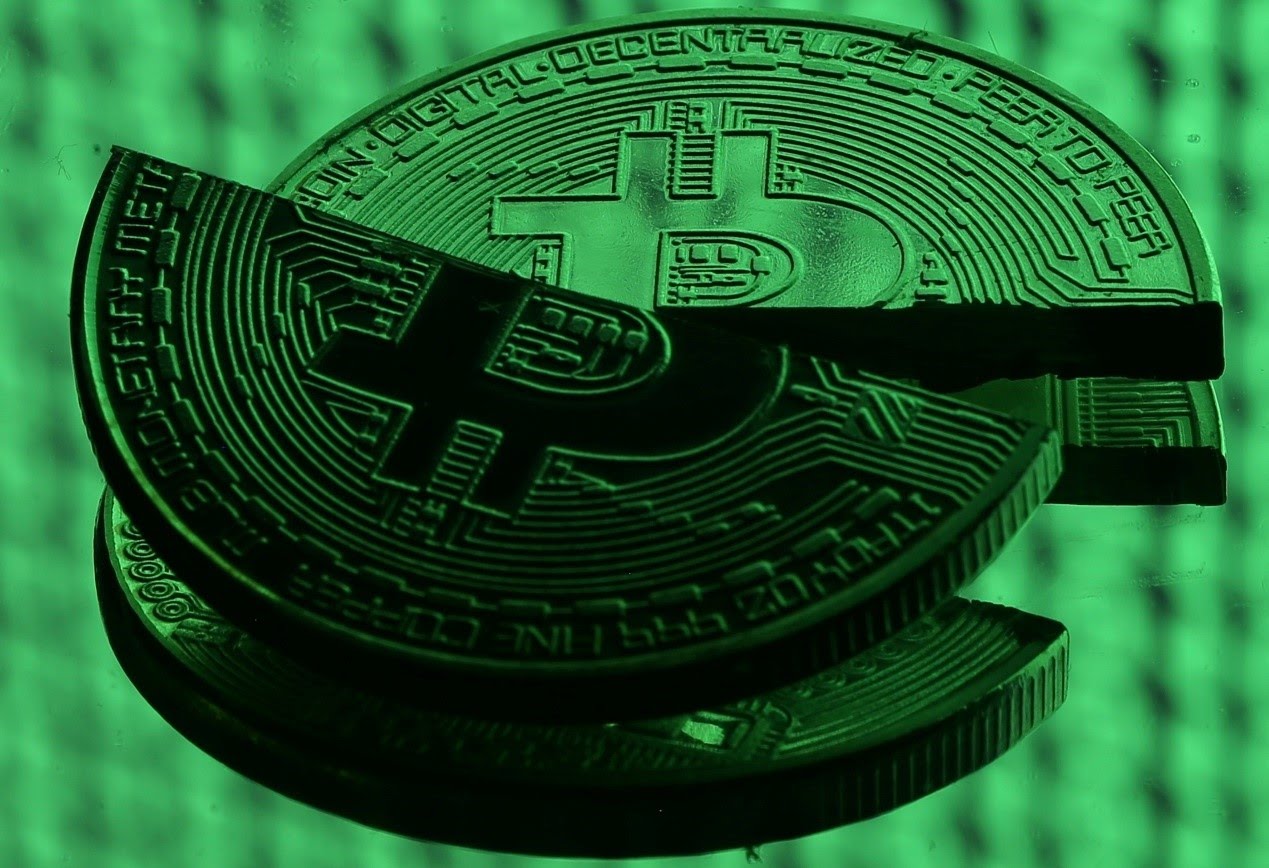 The price of bitcoin tumbled sharply Friday, wiping away one-fourth of its market value in 24 hours, as a wave of selling hit the broader cryptocurrency market just before the Christmas holiday weekend.

Bitcoin traded Friday afternoon at $13,100 after earlier falling to as low as $10,835, according to research site CoinDesk. Thursday morning, bitcoin had traded at about $16,000. The notoriously volatile digital currency started December at about $10,000 and shot up to nearly $20,000 this past weekend, but has been in retreat since.

The latest jolt to the already fragile market came Friday morning when one of the biggest hedge-fund supporters of cryptocurrencies, Michael Novogratz, tweeted that bitcoin could slide another $4,000 before resuming its bull-market run.

In an interview, Mr. Novogratz said that he postponed a new crypto-focused fund last week that was slated to open Dec. 15. “It’s a challenging time to launch a fund,” he said, adding that he recently sold a “significant amount” of virtual-currency holdings, though he still has about 50 investments there including bitcoin.

The former fund manager at Fortress Investment Group said he’d revisit plans for the fund in the new year.

Meanwhile, one of the largest bitcoin trading platforms, Coinbase, announced a little after 11 a.m. New York time that “all buys and sells have been temporarily disabled.” Twenty-five minutes later, it announced that some “buys and sells may be temporarily offline.” Friday afternoon, the company said its systems were working again.

From its recent peak, bitcoin has lost about $110 billion of its total market value in less than a week, twice the market cap of Tesla Inc. 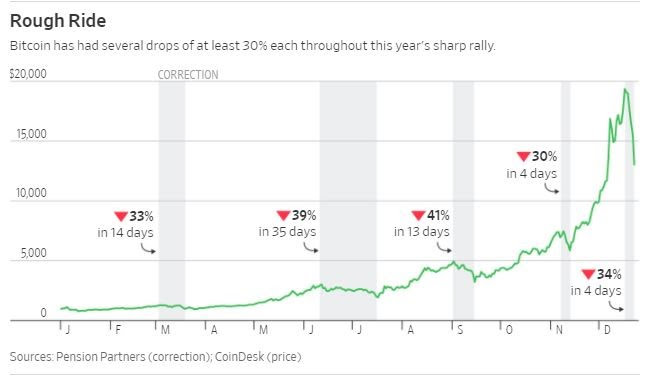 It wasn’t the only currency feeling the pain. Many so-called “altcoins”—shorthand for alternative versions of bitcoin—also declined. And of the 31 digital currencies that have at least a $1 billion market value, 29 were recently down, according to data provider CoinMarketCap.

While bitcoin has been volatile in the past, the timing of Friday’s sharp selloff caught many investors by surprise.

Jani Hartikainen, a 30-year old software developer in Finland who owns bitcoin and other digital currencies, was working early Friday morning when a message from a friend in a private group chat at 4 a.m. alerted him to bitcoin’s sudden drop.

After receiving that message, Mr. Hartikainen, who said he first bought bitcoin in March, said that he sold almost all of his position.

“There’s been a lot of talk about how bitcoin is in a bubble,” he said, adding that he had been worried about how sharply bitcoin had rallied recently. “If I keep holding this, how long is it going to keep going up in value, and if it starts crashing, am I going to have enough time to get out of it?”

Ether, the second-biggest digital currency by market value, dropped 26% over the past 24 hours. Another currency called litecoin was down 32%. Its creator, Charlie Lee, said earlier this week that he was selling all his holdings of the currency.

Digital currencies exploded into the mainstream this year, garnering attention for huge price gains as well as significant swings and drawing scores of investors around the world. The market’s price moves starkly contrast with how most traditional asset classes have fared so far this year, such as stocks and bonds, where volatility has been relatively low.

Bitcoin has fallen more than 30% over the past four days, its fifth such decline of that magnitude this year, according to Charlie Bilello, director of research at Pension Partners, an investment-advisory firm in New York. In the prior four instances, it took Bitcoin an average of 38 days to hit a new high.

Bitcoin trading volumes in recent months have been driven to a large extent by investors in South Korea, Japan and other parts of Asia, where digital currencies have gained greater recognition. Rising interest from institutional investors and Wall Street firms have also helped legitimize the currency and contributed to bitcoin’s big gains.

Bitcoin futures prices on Cboe Global Markets Inc. and CME Group, both of which started trading the contracts earlier this month, were both more than 10% lower on Friday. They were recently pricing in a lower value for the digital currency in the first quarter of 2018 than its current value, a state known in futures markets as “backwardation” and a potentially bearish sign.

A popular alternative currency called Bitcoin Cash has also fallen 40% over the past 24 hours, according to CoinMarketCap. The bitcoin offshoot climbed in value earlier in the week after Coinbase said its users would be able to trade the currency on its systems.

The explosive growth in cryptocurrencies has drawn plenty of skeptics, including central banks, government officials, top bankers and others who think bitcoin is in a bubble that won’t end well when it bursts. “The Daily Show,” a popular late-night, satirical program, ran a segment last week investigating the market’s rapid rise.

“There is no way all these people buying cryptocurrencies have any idea what the hell they’re investing in,” “The Daily Show” correspondent Ronny Chieng said on the show.

Others took a different approach.

Brandon Hilde, a 23-year-old software engineer in Oregon, said he sold his bitcoin position earlier this month after the U.S. bitcoin futures contracts launched, but then bought more bitcoin at a lower price during the recent selloff.

He said he has been able to live off the profits from trading cryptocurrencies for the past six months.

“I bought back in just now,” he said. “I see a future where bitcoin is the currency for trading international assets.”