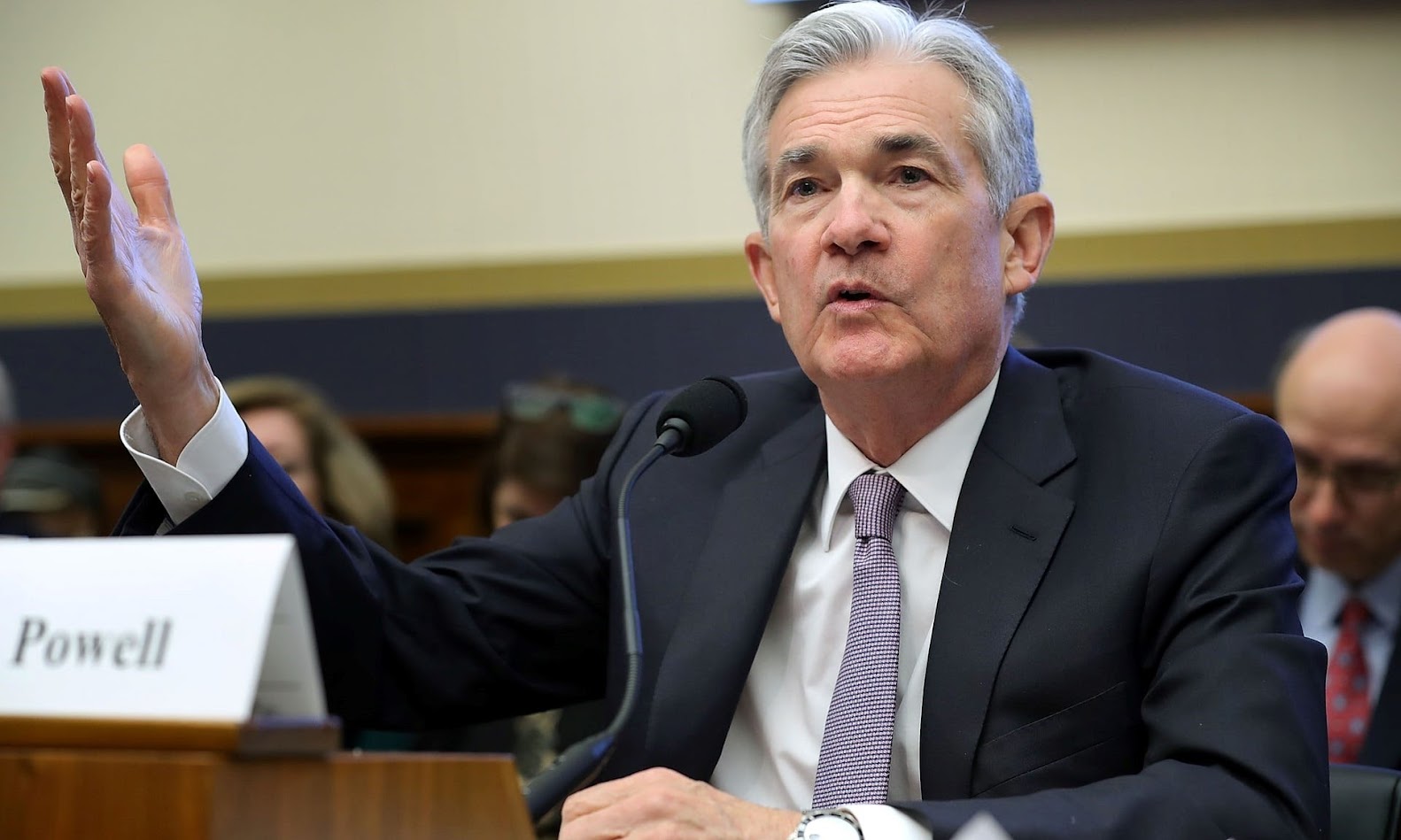 The US economy “remains strong”, the Federal Reserve chairman, Jerome Powell, told Congress on Tuesday as he signaled the central bank is on course to carry on gradually increasing interest rates in the coming months.

In his first congressional testimony since his appointment, Powell painted an upbeat picture of the country’s economic health and dismissed recent wobbles in the stock market.

“Some of the headwinds the US economy faced in previous years have turned into tailwinds,” said Powell. He told Congress his “personal outlook for the economy has strengthened since December”.

Powell managed to avoid controversy – one of the key aims of the Fed chair – ably deflecting politically charged questions about the US’s huge debts, the impact of Donald Trump’s recently announced $1.5tn tax cuts and income inequality. US stock markets barely moved during his testimony.

The Fed is expected to raise rates three times this year. “Further gradual increases in the federal funds rate will best promote attainment” of the Fed’s objectives of achieving full employment and controlling inflation, said Powell.

The rebound in the US jobs market which has continued uninterrupted for a record seven years finally seems to be lifting wages in the US after a long period of stagnation.

That news led to sharp sells-offs in stock markets that have broken records since Donald Trump’s election as investors bet the Fed would hike interest rates more quickly in order to dampen fears of rising inflation.

Powell said that while assets were “high” he had no real concerns about systemic risks in the US economy at present.

The Fed “will continue to strike a balance between avoiding an overheated economy” and allowing inflation to rise to the Fed’s target rate of 2%, Powell said.

Powell’s testimony is the first from a Fed chairman since the passage of Trump’s tax cuts programme. The cuts have been cited as the impetus for bonuses at companies including American Airlines, AT&T and Disney.

But critics have pointed out that bonuses are not the same as wage rises and that the tax benefits to corporations dwarf the size of the benefits to individuals.

Asked if the tax cuts had led to wage rises Powell said it was “very hard to trace through” the effects of tax policy. Asked how much of the tax cuts would go to share buybacks and dividends as against onetime bonuses and raises, he replied: “We don’t have estimates of that kind of thing.”